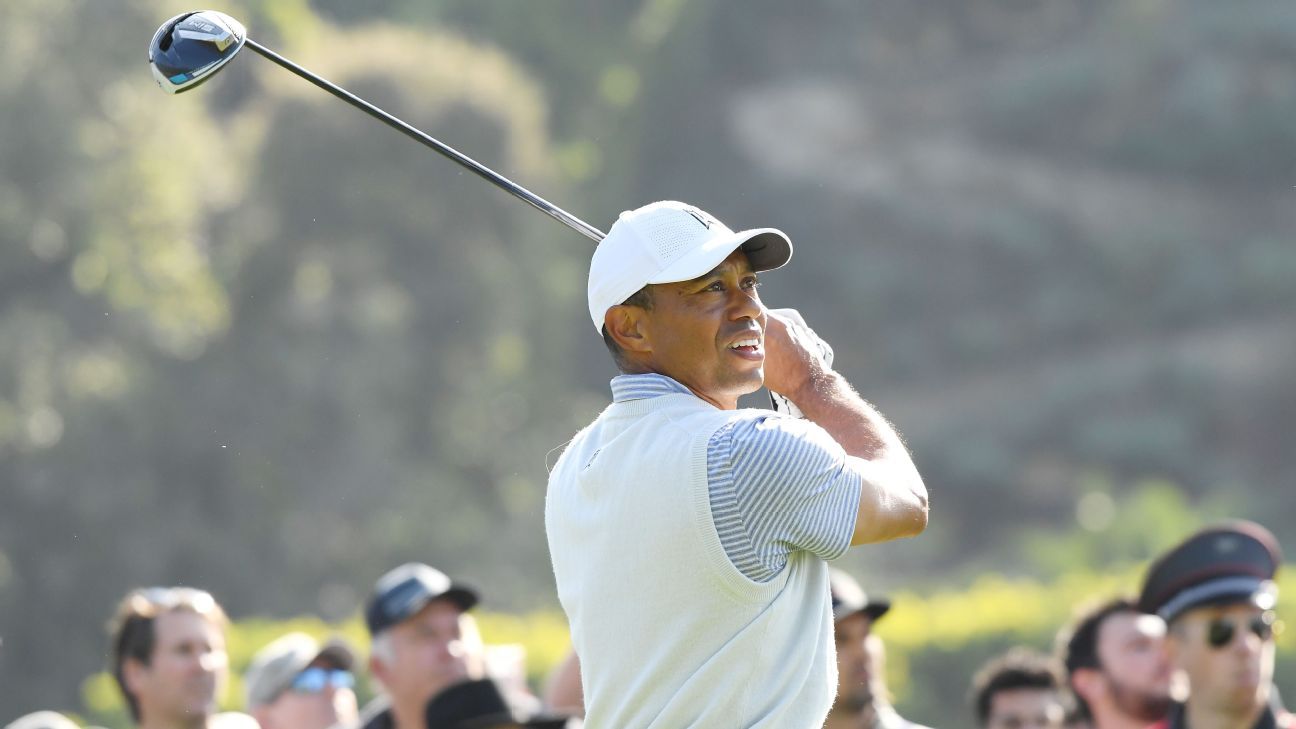 LOS ANGELES — Poor rounds are inevitable, but Tiger Woods had made a nice habit of playing so many good ones since he returned from knee surgery that Friday’s score of 73 came as somewhat of a surprise.

The hallmark iron game was missing and he couldn’t save himself on the greens at Riviera Country Club, leading to a disappointing effort that left him well back of the leaders through 36 holes of the Genesis Invitational, the tournament he hosts.

“I was not sharp today, I just could not get the ball close enough to the hole to give myself good putts,” Woods said. “And then when I did, I was in the wrong spots, I was above the hole and had to putt defensively. … It’s just been a busy week and just haven’t been as sharp as I need to be.”

As tournament host, Woods has cited some of the outside duties required in running an event as keeping him from practicing earlier in the week. But he also added he’s had that role in many ways over the years, dating to 1999 when he had his first World Challenge.

“I’ve been doing this a very long time and this is no different,” Woods said.

As to why he couldn’t practice more, Woods did not cite injury or any physical issues, suggesting he was worse off in Australia for the Presidents Cup where he emerged as one of the best players of the week.

Adding some intrigue is the fact that he would not say after the round whether he is playing in next week’s WGC-Mexico Championship, where he tied for 10th last year. He has until the end of the day to enter the tournament.

An example of Woods’ falloff between his first two rounds: He led the field Thursday in strokes gained, approach to the green; he was 96th out of 120 players Friday.

While he drove the ball better than in the opening round, Woods managed just three birdies and had a sloppy run of holes that included a double bogey, when he missed a green from 140 yards, and two other bogeys with wedge-shot approaches.

“Yesterday I got off to a great start. I didn’t keep it going,” Woods said. “Today, I played those two holes with a wedge and a sand wedge (the 15th and the third) 3 over par. You take those away and I’m near the top of the board. So it’s not that complicated. I just need to clean it up, but I’m pretty far back and I have to make a lot of birdies this weekend.”

If you include the Hero World Championship in December, where Woods finished fourth, he has played 14 rounds since the start of the 2019-20 season, with a victory at the Zozo Championship and a tie for ninth at the Farmers Insurance Open last month.

The 73 was his highest score in that period — just his third in the 70s and the first over par.