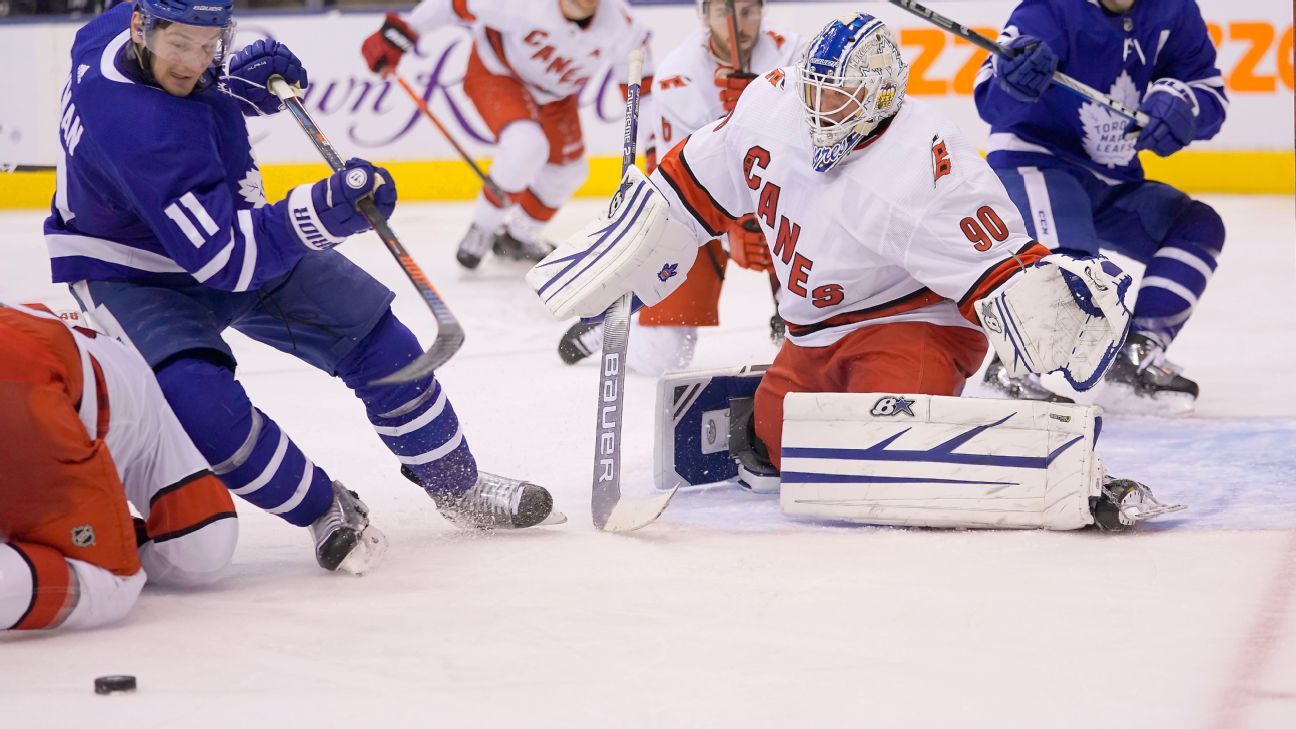 Emergency backup goaltender David Ayres — a Canadian citizen who is an employee of the Toronto Maple Leafs — was named an honorary North Carolinian on Tuesday by North Carolina governor Roy Cooper.

Cooper submitted a proclamation honoring Ayres, noting that the 42-year-old Zamboni driver and kidney transplant survivor embodied the state’s motto Esse Quam Videri — which means “to be rather than to seem.”

When both of the Hurricanes goaltenders left Saturday’s game versus the Maple Leafs with injuries, Ayres came in as the designated emergency backup. Wearing a Hurricanes jersey and a helmet featuring Toronto hockey decals, Ayres stopped eight of 10 shots to get credit for the 6-3 win.

“The Carolina Hurricanes are currently in a battle for a spot in the National Hockey League playoffs, which will bring greater economic prosperity and further our state’s reputation of excellence in sports,” Cooper’s proclamation read, adding that “David Ayres gave North Carolina hockey fans a memory that we will never forget” and that he “proved to be the personification of ‘That’s hockey baby!'”

The Hurricanes flew Ayres to Raleigh on Tuesday after he went on a full-on media blitz Monday — which included appearances on several ESPN programs, the Today Show and The Late Show with Stephen Colbert. During The Late Show taping, Colbert said he pulled a hamstring and asked Ayres to instead announce the show’s lineup.

Ayres was honored by the Raleigh mayor and Canes general manager Don Waddell on Tuesday morning and is expected to be recognized during Carolina’s game against the Dallas Stars on Tuesday night.

Ayres has been the regular practice goaltender for the Marlies — the Toronto Maple Leafs’ AHL affiliate — and has appeared at Maple Leafs practices and skills sessions this season. As the emergency goalie, he was available to either team on Saturday night, if needed. He was paid $500 as part of his contract, and was allowed to keep his game-used jersey.

The NHL’s general managers have their annual spring meetings next week in Boca Raton, where they are expected to discuss the emergency backup policy and if there should be any amendments.

On Monday, Toronto GM Kyle Dubas told reporters that his team was in a “no-win situation” once Ayres came in.

“If we won the game, that would be embarrassing as well, because you’re down 4-1 and then it would be a whole other set of controversy that would come up,” Dubas said. “Like, ‘Ah geez, the Maple Leafs’ [beat their] own employee.’ We were in a no-win situation.”